ATTENTION: We are in the middle of working on the website and getting the new layout 100%. Please have fun using it, but know that we are slowly working our way through the back catalog of episodes and updating the graphics, media links, and trivia questions. We hope to have this done by the end of March. Thank you for your patience!

DLW 096: What We Ate at Disneyland

This week, we discuss Magic Happens characters revealed, Halloween coming to the resort, more touches around the parks to make them better, TSA has an issue with Thermal Detonators, food at the resort, and more!

Please support the show if you can by going to https://www.dlweekly.net/support/.

If you want some DLWeekly Swag, you can pick some up at https://www.dlweekly.net/store/.

Book your travel through ConciEARS and get your first year of Touring Plans for FREE! Just mention that you heard about ConciEARS from DLWeekly at booking!

At D23, we learned about the new Magic Happens parade coming to Disneyland in 2020. Audition announcements have been posted that give us some of the other characters coming to the parade. They include Anna, Elsa, and Kristoff from Frozen, Cinderella and the Fairy Godmother, Princess Tiana and Prince Naveen from The Princess and the Frog, Merlin and Arthur from Sword in the Stone, Peter Pan, Tinker Bell, the Blue Fairy and Aladdin. – https://wdwnt.com/2019/08/disney-auditions-listing-reveals-characters-to-be-featured-in-magic-happens-parade-coming-to-disneyland-park-in-2020/

Halloween may not officially hit the parks until Friday, but you can’t help but get in the spirit when you walk down Main Street and see the iconic pumpkin Mickey Head has appeared. Along with the theming that is popping up, guests will be able to enjoy Haunted Mansion Holiday and an overlay on Cars Land. – https://twitter.com/MouseInfo/status/1168560561711280128

Notably missing from the Halloween lineup this year is Space Mountain: Ghost Galaxy. Hyperspace Mountain has been drawing in big crowds and is likely staying to help eat up some guests until Rise of the Resistance opens up in Galaxy’s Edge. – https://www.micechat.com/235294-disneyland-update-entertainment-trick-halloween-treat/

The Halloween theming goes beyond decor — look up to the skies for the Halloween Nighttime Spectacular taking over for Disneyland Forever throughout the Halloween Season. – https://www.micechat.com/235294-disneyland-update-entertainment-trick-halloween-treat/

Guests can continue to get into the Halloween spirit at the Grand Californian as well. An Oogie Boogie statute made out of food is on display and the lobby’s seasonal goodie stand is selling baked goods. – https://www.micechat.com/235294-disneyland-update-entertainment-trick-halloween-treat/

As the park ramps up for Halloween and recovers from a slower-than-expected summer, the entertainment cutbacks continue. Laughing Stock at the Golden Horseshoe and the Pixarmonic Orchestra on Pixar Pier will run their last shows on September 14th. The Tale of the Lion King show has wrapped up its planned summer run as well. – https://wdwnt.com/2019/08/confirmed-the-pixarmonic-orchestra-laughing-stock-company-performances-cancelled-due-to-entertainment-cutbacks-at-disneyland-resort/

Mariachi music is returning to DCA! The Musical Celebration of Coco and Love is Eternal, a Mariachi Divas show, will be coming back soon. – https://www.micechat.com/235294-disneyland-update-entertainment-trick-halloween-treat/

Annual passholders attending the Oogie Boogie Bash at Disney California Adventure will be able to get a commemorative magnet. The passholder just needs to show the annual pass and Halloween party ticket at the Treat Trail by Goofy’s Sky School to pick up the magnet, along with other treats. – https://wdwnt.com/2019/08/photo-commemorative-magnet-available-for-annual-passholders-at-oogie-boogie-bash-at-disney-california-adventure/

The new facade for the Sunset Showcase Theater has been completed and is open. The new marquee looks amazing and really makes the theatre eye catching. When we were in the park, the ground was being painted in preparation for looking like the red carpet like it does now. Along with the facade, there are some animated parts of the sign, and new cast member usher costumes. – https://wdwnt.com/2019/08/photos-video-new-entrance-to-sunset-showcase-theater-opens-with-digital-marquee-at-disney-california-adventure/

Disney is continuing its update on the Adventureland sign. Construction walls are up on the right-side of the sign as a new hut is constructed. This should bring the new sign more in line with what the old sign looked like. – https://www.micechat.com/235294-disneyland-update-entertainment-trick-halloween-treat/

There was a disturbance in the force from the TSA this week as reports went out that the new Coke thermal detonator bottles were not being allowed to fly with passengers. Luckily, the TSA confirmed that they can fly with passengers who have them, but only in a checked bag. – https://wdwnt.com/2019/08/tsa-reviews-policy-on-star-wars-galaxys-edge-thermal-detonator-coca-cola-bottles-now-permitted-as-oversized-liquids/

When we were at the Disneyland Hotel for the D23 Expo, we noticed the new Golden Piranha Tiki mug that one of the supporters had purchased. The mug is in the shape of a piranha, and looks gold. It was a pretty well made mug from what we saw, but may or many not still be available at Trader Sam’s. – https://disneyparks.disney.go.com/blog/2019/08/disneyland-resort-best-bites-august-2019/

Plan Your Next Trip

Make your trip magical!
If you are planning a visit to any Disney destination, please consider using the Official Travel Planners of DLWeekly, ConciEARS! 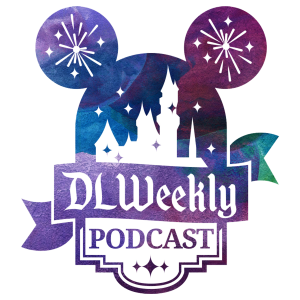 Copyright © The Ghost Hosts, LLC. DLWeekly is not associated in any official way with the Walt Disney Company, its subsidiaries, or its affiliates. The official Disney site is available at www.disney.com. This DLWeekly site provides independent news articles, commentary, editorials, reviews, and guides about the Walt Disney Co. All information on this site is subject to change. Please contact destinations in advance to confirm the most up-to-date information.